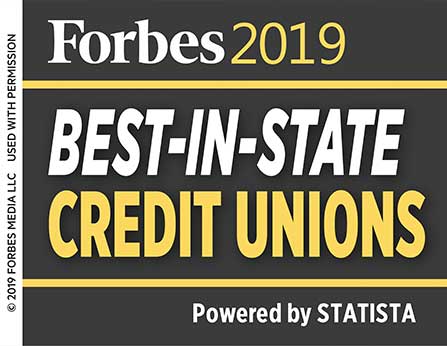 Sandia Laboratory Federal Credit Union has been recognized as one of Forbes Magazine’s Best-in-State Credit Unions 2019. SLFCU ranked as the #1 credit union in New Mexico, according to the list.

To create the list, Forbes surveyed more than 25,000 U.S. credit union customers for their opinions on their current and former banking relationships. Customers were asked 20 questions about their financial dealings. Banks and credit unions were rated on overall recommendations and satisfaction, as well as five subdimensions (trust, terms and conditions, branch services, digital services and financial advice).

“SLFCU’s top commitment is to its members, which now number more than 101,000. Our employees work hard every day to distinguish our Credit Union as a valuable resource for individuals and businesses, and to earn their loyalty as their trusted financial partner. Our inclusion on the Forbes list is a validation that we are making a positive difference in their lives. We are honored and humbled to be included,” said SLFCU President Robert Chavez. “We've earned the respect and patronage of our members by continually delivering value with great service,” he continued.

As Forbes’ website notes, “Members-only credit unions typically have lower fees and offer better interest rates than traditional banks, and the nonprofit model where the members are the owners puts the customer first, resulting in higher levels of satisfaction.” It continues, “Americans generally gave their banking institutions good reviews on satisfaction with scores of 4.2 on average on a scale of one to five. But banks can’t touch credit unions; they averaged 4.5.”